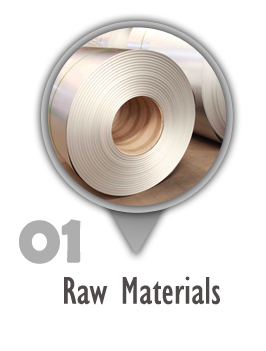 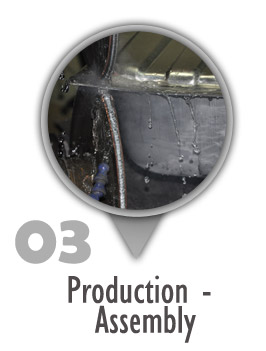 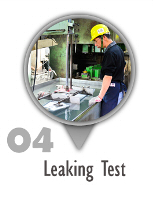 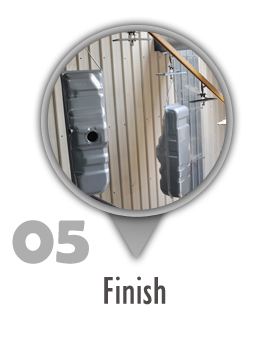 Machines are made in Japan.  DC Inverters equiped with processing machines.

The first step is checking the die(tooling). The checklist includes the fuel tank part number, production manual, and the die surface.

Before placing the die on the stamping press bed, the operator checks the production manual of the forming die. The content of the manual includes the following.


The thickness, length, width, and weight of the steel plate are checked again right before stamping press. This procedure ensures the strength of the fuel tank reaches the requirement.

The first piece of the formed half tank from the stamping press is checked with metal fatigue by senior supervisor. In addition, the diameters, depth, and other relevant parts of the fuel tank is examined.

All the defective parts will be disposed. At the same time, by comparing with the original equipment manufactured part, each fuel tank that comes from the stamping press is checked one by one.

Again, checking the die is the first step. The checklist includes the fuel tank part number, production manual, and the die surface.

Before placing the cutting die on the bed, the operator will check the production manual of the cutting die. The content of the manual includes the following.

The first half tank from the cutting die is checked with the dimensions.

All the half tanks are punched with fuel tank part number and date of production. After this, the production number is counted and recorded before entering the assembly line. 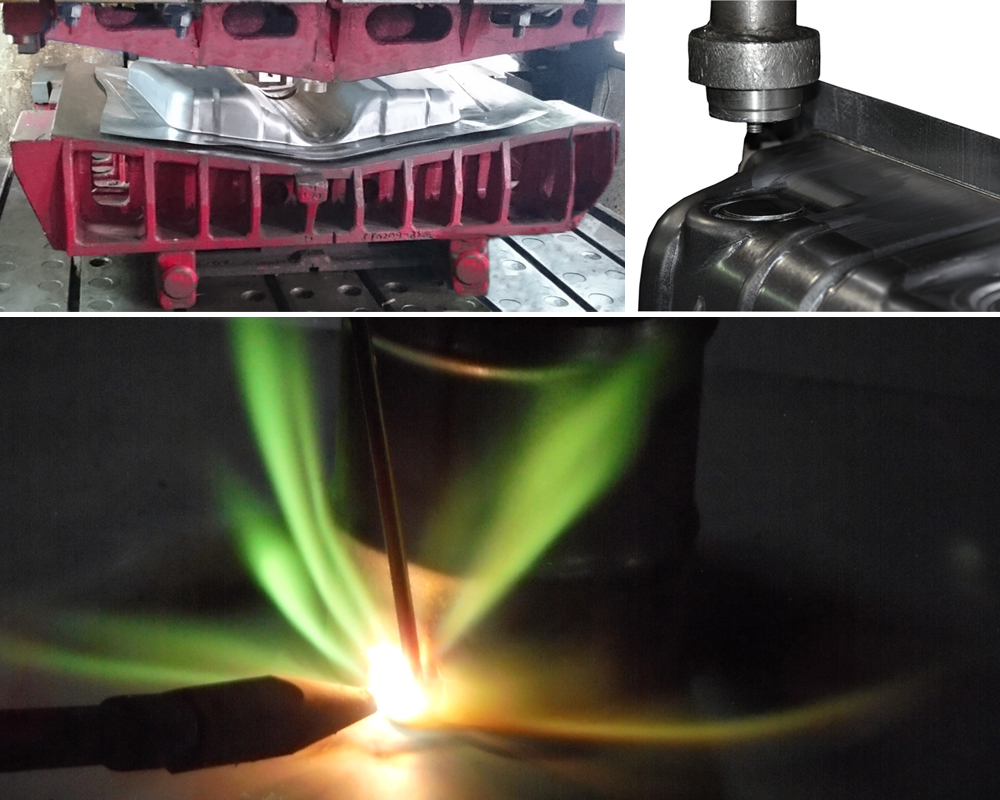